His videos are shared all over the web. His words have been loved and hated worldwide, spreading through social networks at the speed of light. His war against obesity, his effort promoting good health and destroying all the stereotypes related to fat acceptance is getting more and more popular, day after day.

Below every single video he posts, hundreds of comments full of love, hatred, approval and, of course, insults, pile up consistently, throwing John in the Internet arena. Apparently, he seems damn ready to fight.
Sharing strong and non-negotiable opinions usually divides the audience in two incompatible groups and Mr. Burk has just started his game, hitting people’s soul with his unquestionable charisma.
Love and hate are the only two acceptable responses to extreme ideas, extreme ego, extreme words (btw, I could now explain to you Trump’s strategy, but naaaah).

But why is John Burk loved? Because he’s fighting a war against politically correct minds, a war that seems pretty trendy lately, fighting a crusade against one of the biggest problems of our society, obesity, by saying something astonishingly simple: being fat is wrong. Wrong for yourself, for your children, for your body, even for the whole society. This idea sounds right and reasonable pretty everywhere, but we have to put this “easy” slogan in a specific context: Murrica. The friedoom nation lives a “great social age” full of internal and stupid wars: feminism (in its extreme and ridiculous facets), politically correct behaviour and fat acceptance are the three most “important” ones.
What happens when a guy, looking straight in the camera, calls you a fat lazy loser, meanwhile everybody else around you pats on your head, whispering: “Naaaahh, you’re amazing and fantastic as you are”? Hate, anger and frustration develop istantly and move users’ fingers on their keyboards.

A storm of people comments John’s videos accusing him to be nervous, angry, steroid-user, aggressive, stupid and so on. That’s why we decided to talk with him.
Since every John’s video causes only two kind of reaction, I asked him a few questions, in order to clarify his opinions and background, trying to show some shades between these black&white reactions.

Question: Let’s start from the beginning. Who is John Burk?

Answer: I’m just a soldier who has seen the very country he fought for turn into a nation of whiners and criers. I was raised in the old school mentality where a man was a man and that meant something. When you gave your word, you kept it. You respected women, you respected other people’s beliefs, but you also spoke your mind.

Q: A lot of people, watching your videos, react in a really shocked way, someone is even disgusted. Maybe they don’t know an important aspect of your life: you suffered PTSD for a long time and fitness helped you to get out of this deep spiral and move on. Could you tell us more about it?

A: I remember I was on my knees in my kitchen crying because my life was spiraling out of control. I was losing my wife, my children, and had just received orders to be a drill sergeant which meant long hours, and a lot of time away from my family. I remember thinking to myself that I couldn’t deal with it. It was too much. I felt isolated and truly alone, that’s when I reached out to a brother I had served in Afghanistan with and told him my issues. His simple response was: “When was the last time you were in the gym?” It had been some time. The next day I was back in the gym and I haven’t stopped since. It’s a form of therapy to me. Along with actually seeing a therapist, the gym has helped use those demons to channel the emotions into exercising. In a way, I’m making the demons work for me. I’m using the anger, hatred, depression and turning it into physical and mental strength.

Q: We’ve noticed on your Fb page that you’ve served in the US army for many, many years. You fought in Iraq, Afghanistan and you enlisted into the army infantry very soon (17yo). How does the long experience in the army affect the approach to your new job? Don’t you think that using an army-based-language can “scare” someone? 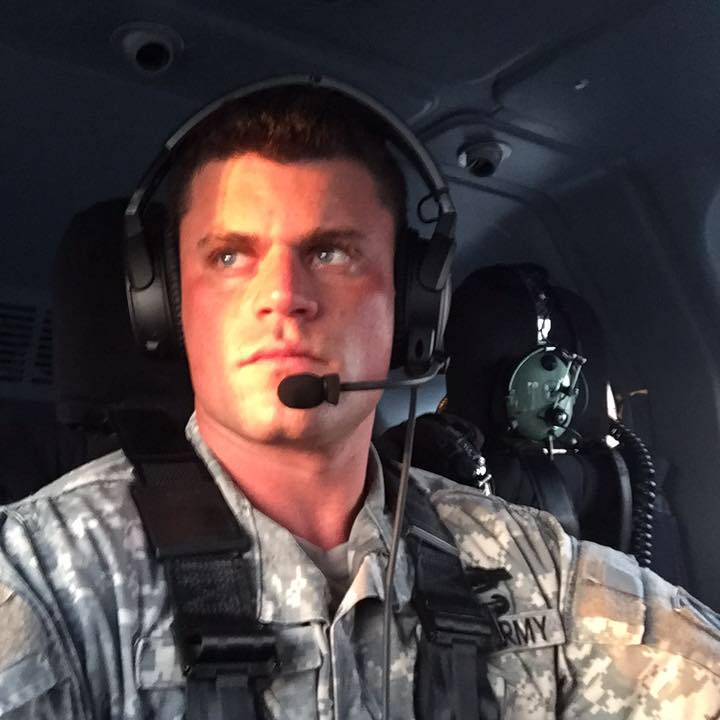 A: People can turn on their TV and hear the very same words I’m saying. They just don’t like it because it’s hard truth coated in attention words that slap the listener in the face. A common theme I’m seeing is people saying “His approach is all wrong.” Well if it’s wrong, then why has it rocketed me upwards into the spot light? The sugar coated approach hasn’t, and doesn’t work for everyone. Besides the cry babies and whiners, there are those out there that are hard chargers and need a drill sergeant style of motivation to wake them up, shake them up, and get them moving. In all truth, if you allow someone’s language to prevent you from going after a goal, then you never wanted it bad enough in the first place. If it’s something you honestly wanted, nothing in this world could deter you.

Q: Even if your words can be considered aggressive, you talk about a reasonable idea: if you’re fat, you are not healthy and this is bad for yourself, for your children and for the community. That’s so obvious it’s ridiculous that it has to be underlined. The “fat acceptance” concept in the USA is pretty silly as well. Obesity is probably one of the biggest problems in the USA, the country that has the highest percentage of obese people in the world and everywhere in the internet is possible to get evidence about it (read HERE, HERE, HERE and, why not, also HERE). Despite the proofs, you’re being attacked everyday for your videos. Is the game worth the candle?

A: Yes. From my facebook page I’ve reached over 135k followers, and those numbers are still rising. I’ve received thousands up on thousands of messages from people telling me a video saved their life and woke them up. It made them refocus and find the strength that they had allowed this weak minded society to take from them. If it saves one single life, and I know it has, then it’s been worth it. 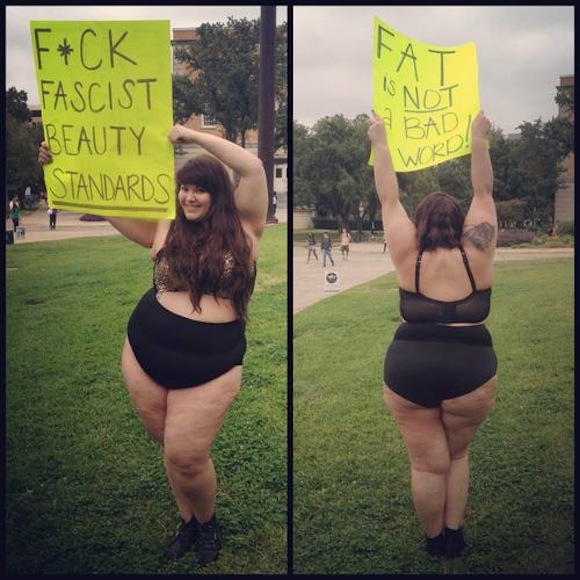 Q: Junk food, lack of training and sport, laziness, certainty to be already healthy, resignation and so on. What is, in your opinion, the most dangerous aspect in this fat America?

A: The most dangerous aspect is the lack of adulation our society has on basic nutrition and the glorification of the fast food industry without fully understanding just how bad that food is for our bodies.

Q: Did you expect this kind of success on the social networks? One of your latest video went viral on Shit on Draught (now deleted for copyright) reaching more than 6million views in few days, and started an uncontrolled but also interesting discussion. Was this your goal? Let people talk about it and spread your opinions as much as possible?

A: My goal is to send a message to these fat acceptance types and let them know not all of us are going to stand back and nod our head in agreement with you simply because your  feelings got hurt when someone pointed out the fact that you’re fat/obese. Right now we’re on a national rise of 1% per year, and by 2030 it’s projected that almost 70% of Americans will be considered obese. Those numbers are appalling, and yet we continue to spiral downward even further into and age of “Don’t hurt their feelings.” Well if it saves their lives, fuck their feelings! People are so afraid to put on the mask of the bad guy in order to help someone realize that what they’re doing to themselves, as well as their KIDS, is child abuse! Stuffing shit down their throats and making them prone to a lifetime of medical conditions is not right whatsoever, and they should be made to feel ashamed of themselves. When did gluttony become acceptable? When did no self discipline become a normalcy? As a society we’re better than this.

Q: Are you scared that your words can be misinterpreted and become just a drop in the Internet ocean? Are you afraid to be considered just a “meme”? 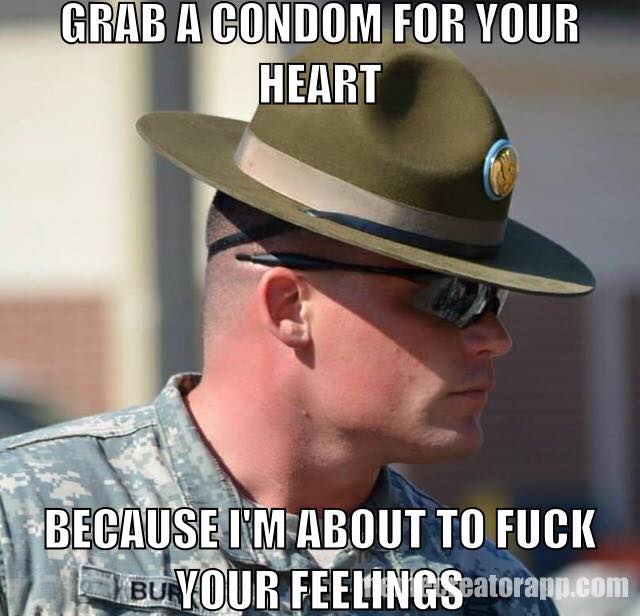 A: I had one man named Dave (He knows who he is) tell me my 15 minutes of fame would come and go. Well, here it is almost 1 year later and I’m still here, still making viral videos, and still fighting back while more and more people are turned on to me. I’m not going anywhere and this fight against not only obesity, but being politically correct won’t end. “Don’t call someone fat, it’s offensive.” Well, ARE they fat? Then it’s not a matter of description in regards to being ugly, it’s a matter of that person actually being fat.

Q: You attack overweight people without distinctions. In a society devoted to the productivity and obsessed by money, work captures a great slice of our time; moreover, we could consider in the equation family, friends and hobbies too. Now we could go deeper and underline how poverty can be directly related to obesity (read also HERE and HERE). Considering this, do you think is totally right to aggressively say everyone is a loser lazy fatass just because of his/her weight? I mean, a lot of overweight people are like this since their youth, they never went to the gym, and maybe they don’t have time or economic possibility to change totally their life. Saying “change your life, you choose to be a winner, you can find the time” is easier for you: exercise is basically your job.

A: I’ve never called a fat person a loser per say, what I mean is when you give up on anything in life, don’t expect me to congratulate you and pat you on the back. You didn’t win. You didn’t finish the race and stay the course. You lost, and that makes you a loser. Don’t like it? Stop quitting. In regard to there never being enough time, that’s a crock. I work insane hours as a soldier and always find time to exercise and eat right. There is no disease of physical disability that prevents you from outing down the cheeseburger, and eating a healthier meal.

Here’s a video that John posted some months ago. What’s your opinion about his crusade?

This website uses cookies to improve your experience while you navigate through the website. Out of these, the cookies that are categorized as necessary are stored on your browser as they are essential for the working of basic functionalities of the website. We also use third-party cookies that help us analyze and understand how you use this website. These cookies will be stored in your browser only with your consent. You also have the option to opt-out of these cookies. But opting out of some of these cookies may affect your browsing experience.
Necessary Always Enabled
Necessary cookies are absolutely essential for the website to function properly. This category only includes cookies that ensures basic functionalities and security features of the website. These cookies do not store any personal information.
Non-necessary
Any cookies that may not be particularly necessary for the website to function and is used specifically to collect user personal data via analytics, ads, other embedded contents are termed as non-necessary cookies. It is mandatory to procure user consent prior to running these cookies on your website.
SAVE & ACCEPT